Pack Quantity: These are sold in “pack” quantities. Choose the pack size you would like. The per unit price is based on this pack size. 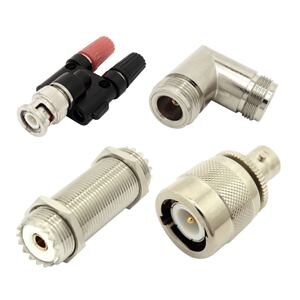 Max-Gain Systems, Inc. is the number one supplier of fiberglass round hollow tube, square tube and round solid rod to the antenna manufacturing industry. We produce millions of feet a year for hundreds of different industries including but not limited to: marine / boating, aeronautical, agriculture, construction, emergency services, etc…. We have the unique ability to sell one piece or even a semi-truck full. Feel free to prototype using our fiberglass tube and rod then contact us for a quote on a production run. At production run quantities we can cut to your desired lengths at no additional charge, and we can also perform several different fabrications (example: drilling holes in precise locations along a tube) to ensure your delivered material is ready for assembly. We have several accessory items designed for our fiberglass including but not limited to: couplers, telescoping clamps, ferrules, etc…

Your Cart
0
Share this ArticleLike this article? Email it to a friend!
Email sent!